Photographs © Institute of Art Studies, Academy of Sciences of Uzbekistan

Excavated from a nomadic grave not far from Samarkand, this belt closure’s left half is decorated with an extraordinary battle scene. The right half shows a hunting scene, while three smaller plaques, bearing depictions of warriors, Bactrian camels fighting, and a vulture, apparently belong to other parts of the belt. Since the plaques’ discovery in the 1980s, this one in particular has been considered a masterpiece among the arts from Sogdiana.

In this scene, pairs of armed and armored soldiers, some on horseback and others on foot, meet in battle. In the upper “register,” two horsemen face each other, one armed with a lance, the other with a long sword. Behind the latter horseman, a pair of soldiers duels on foot. At the lower right, one warrior has had his horse shot from under him by an arrow, and now, with his lance broken but holding his sword aloft, he confronts his mounted opponent, who is about to thrust at him with his lance.

Fig. 1 Drawing of Battle and Hunting Scenes on Engraved Belt Plaques Excavated at Orlat, near Samarkand.

The art historian Markus Mode observed that “at the left and right sides of the plaque the image seems to be cut off,” suggesting that “the composition originally was larger and that it must have been copied from another source.” The different groupings of riders and foot soldiers indicate a narrative of “successive battle-schemes” in which the main hero, who “belongs to the forces of the ‘settled people’”—the Sogdians of Samarkand—staves off attacks from nomadic groups. Such threats were a reality for the agriculturalists and townspeople of Sogdiana, but Mode sees in this bone plaque more than a record of a battle. Instead, it’s “a very early manifestation” of the “narrative imagery” that characterizes Sogdian art—one that finds its supreme expression in the painted cycles of 7th- and early 8th-century Panjikent.

Even more remarkable about the Orlat battle scene is that it may have been inspired by the early 3rd-century BCE painting of Alexander the Great fighting Darius III of Persia (known to us through its copy as the “Alexander mosaic,” discovered at Roman Pompeii in 1831). Such images in smaller scale must have circulated throughout Hellenistic Bactria and Sogdiana. Surely the belt’s owner would not have known this, but he would have worn and treasured it in life as a symbol of accomplishment or power, and thus wished to take it with him into the afterlife. 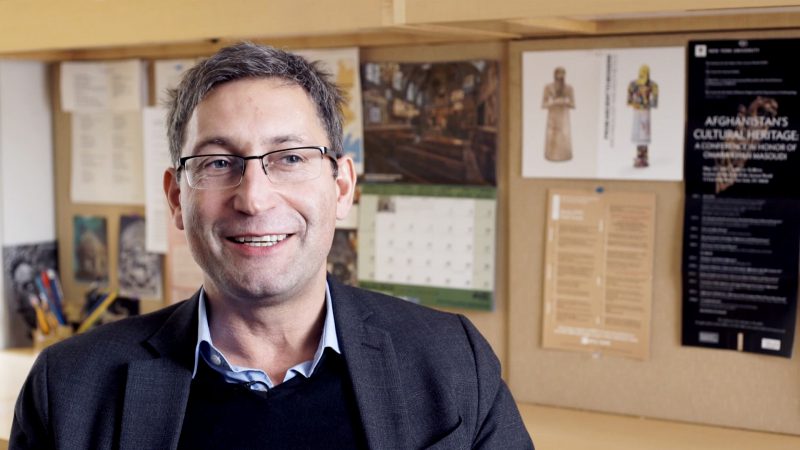 Fig. 2 Sören Stark (Institute for the Study of the Ancient World, New York University) talks about his favorite ‘Sogdian’ object, the Orlat Plaque.

Jangar Ya. Ilyasov and Dimitry V. Rusanov, “A Study of the Bone Plaques from Orlat,” Silk Road Art and Archaeology 5 (1997–1998): 107–59. Decorated plaques belonging to a belt set were found in another grave at Orlat, but nothing more of them is known.

Markus Mode, “Heroic Fights and Dying Heroes: The Orlat Battle Plaque and the Roots of Sogdian Art,” in Ērān ud Anērān: Studies Presented to Boris Il’ič Maršak on the Occasion of His 70th Birthday, ed. Matteo Compareti, Paola Rafetta, and Gianroberto Scarcia (Venice: Libreria Editrice Caforscarina, 2006), 419–54; and http://www.transoxiana.org/Eran/Articles/mode.html. This is a masterful analysis of the plaque. 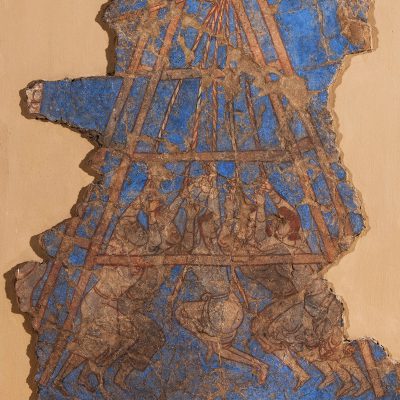 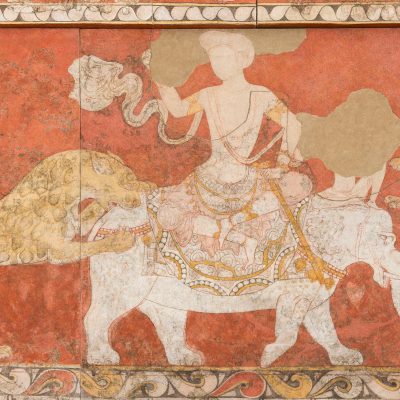 Drawing of Battle and Hunting Scenes on Engraved Belt Plaques Excavated at Orlat, near Samarkand.