Figs. 1 and 2 The fortress of Mount Mugh was located atop the central hill in this photograph.

The only major find of Sogdian documents within Sogdiana proper was the discovery in 1932 of documents on Mount Mugh in the mountains of Central Tajikistan Figs. 1 and 2, some eighty kilometers (about fifty miles) to the east of Panjikent; Fig. 3. These documents are our main documentary source at present for the turbulent period of the early 8th century, when Arabs, Turks, Chinese, Persians (both émigré Zoroastrians and Muslim converts), Khwarezmians, and Sogdians from different principalities fought for dominance in the region. They continually made and broke ephemeral alliances before Islam was firmly established in Sogdiana some twenty to thirty years later. 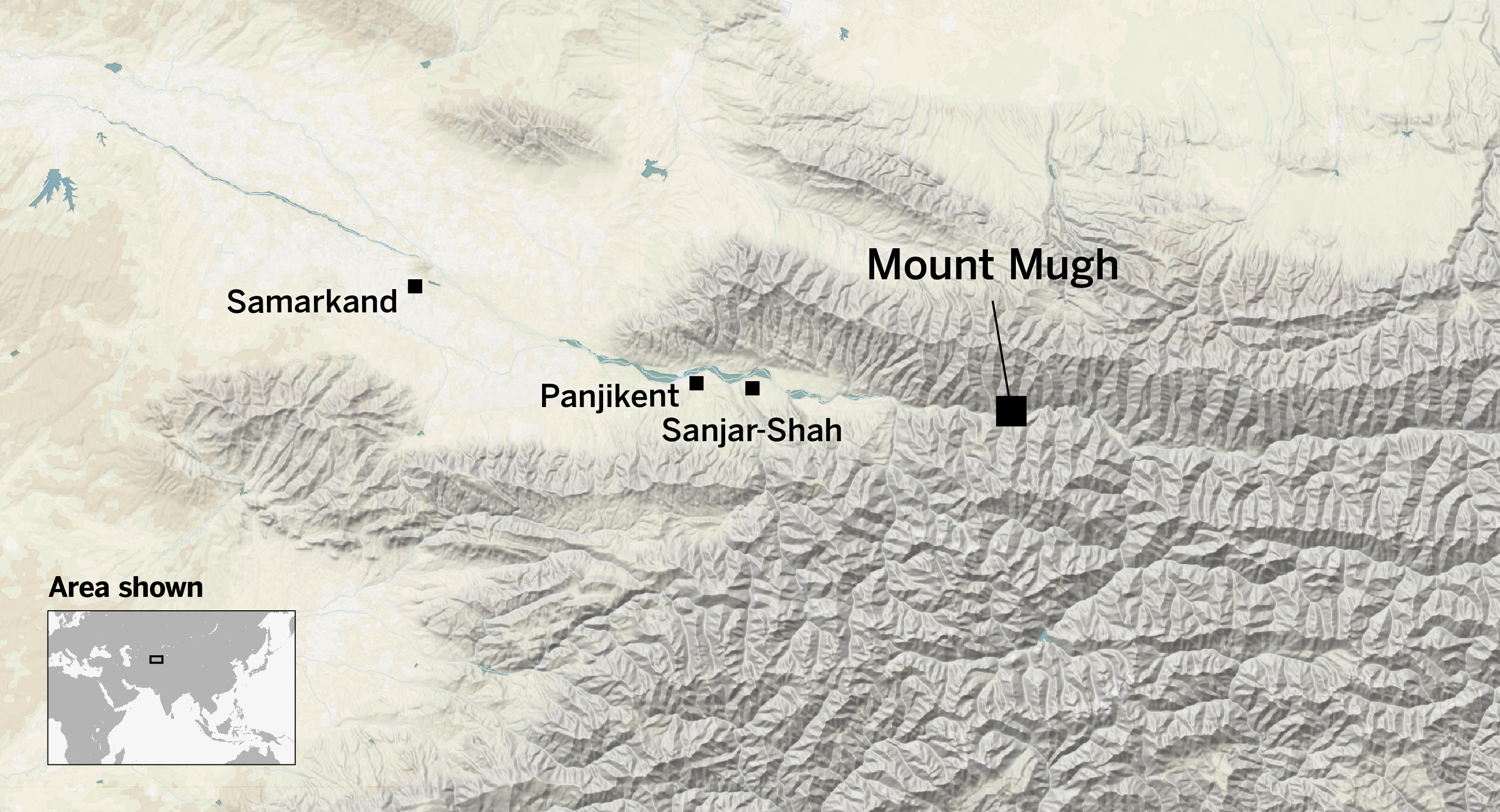 The documents were discovered when a local shepherd on a mountain overlooking the Zerafshan River happened upon a pit containing a basket. The records were originally thought to be leaves from an old Qur’an. Soon, a Soviet regional official learned of the find and had the documents transported to the Academy of Sciences in Leningrad. Most of the writings appeared to be written in Sogdian.

However, one was in Arabic, and it contained the name Diwasti (an Arabic transliteration of the Sogdian name Devashtich), who was known from Muslim histories to be a Sogdian nobleman executed by the Arabs in 722. The mention of Diwasti provided a dating and context for the archive. In the year after the initial discovery, the Russians dispatched an expedition to Mount Mugh. As a result, eighty-one Sogdian, one Arabic, one Turkic, and several Chinese documents came to light, along with a number of artifacts from the small castle where Devashtich, the last ruler of Panjikent, made his final stand.

Devashtich ruled Panjikent from around 706. We do not know how he obtained his throne, but we know he was not the son of the previous ruler. Some time before 722, Devashtich claimed to be “king of Sogdiana, ruler of Samarkand.” Most likely he was not in fact ruling Samarkand, although he controlled areas to the east, west, and southwest of his native Panjikent (as indicated by the Mount Mugh documents and the geography of numismatic finds). The political activity of Devashtich is mirrored not only in the records, but also in the mural decorations of his palace in Panjikent. Here we can see depictions of hostages, Arab ambassadors, and probably the conquest of Samarkand in 711, which was made with the help of a siege machine; Fig. 4 and 5. 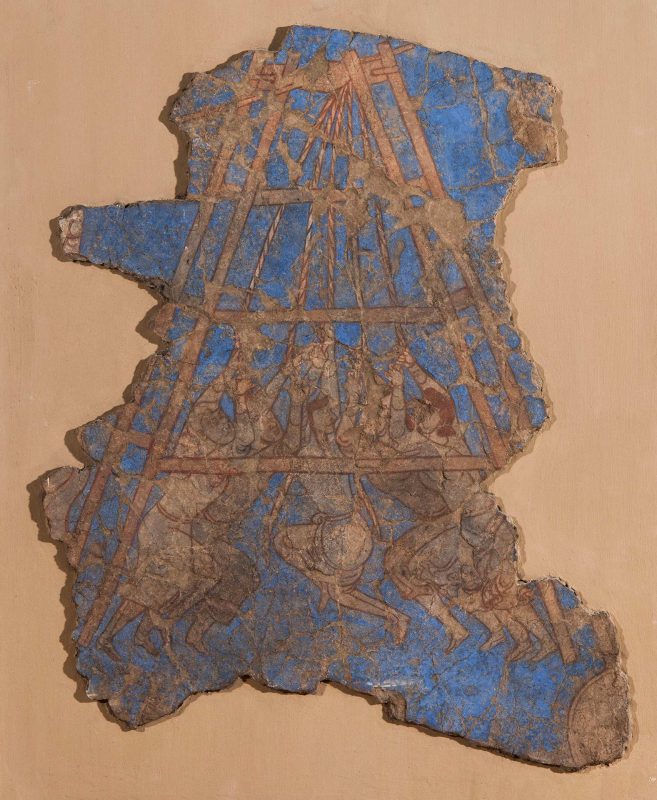 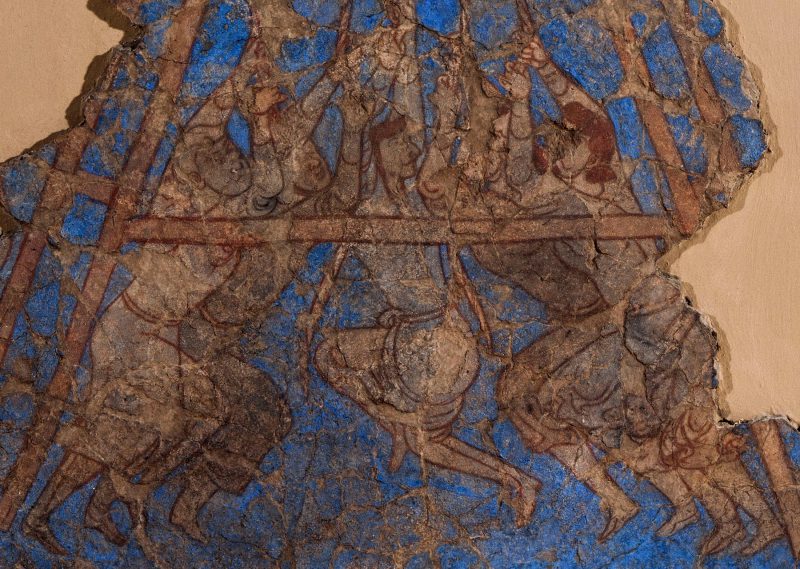 From the writings we know that Devashtich, although seeking alliances with Turks and other forces, was in correspondence with the Arab Governor of the East (Amir al-Mashriq أمير المشرق) and seems to have converted to Islam (or at least pretended to convert). By late summer 722, the new Arab governor of Samarkand, Sa’id al-Harashi, organized a raid against Devashtich. Panjikent was captured and partially burned, and the ruler was forced to escape with his troops to the mountainous part of the Zerafshan Valley, where he was defeated, captured, and later crucified. Remnants of his archives, along with his followers’ possessions and arms, remained concealed for over a thousand years at this small castle on Mount Mugh; Fig. 6. 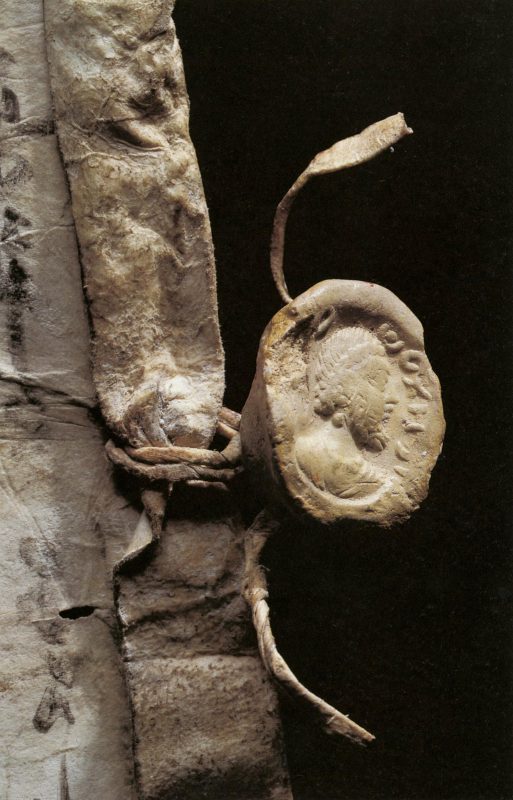 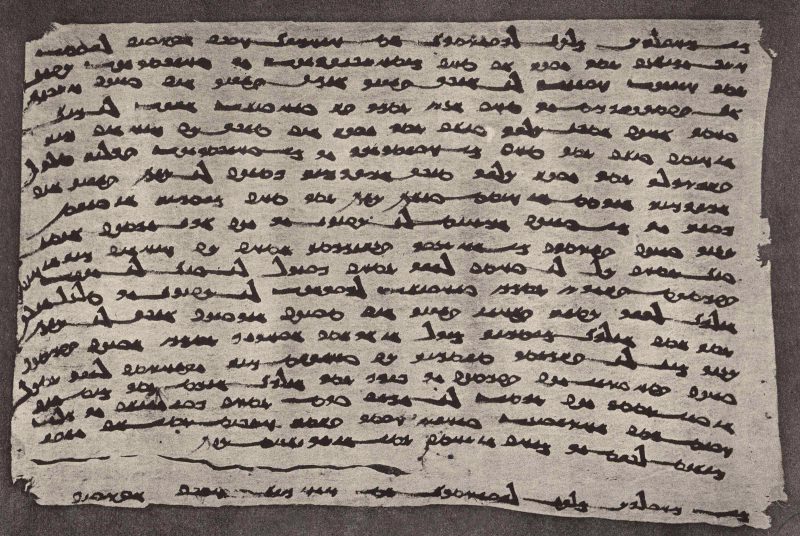 The Sogdian documents that make up the bulk of the find are written in cursive script on a variety of materials: leather (used for contracts and letters to high officials), Chinese paper (sometimes recycled from paper covered on one side in Chinese characters), or willow sticks cut in two, which were used for everyday records and for letters among the lower ranks of society. Document V-18, which is presented here as a sample of Mount Mugh political texts, is written on paper in typical cursive script and has survived in its entirety. A hollow above the last address line indicates the place where a strip of paper was cut off in order to bind the letter with a clay sealing. A small sealing with an image of a zebu bull has survived, albeit now separated from the document. The same sealing is attached to two other missives sent by Devashtich in his position of “King of Sogd and ruler of Samarkand,” which indicates that the finger ring with its zebu intaglio was his personal seal. We see an example of a similar sealing found at Mount Mugh in Fig. 7. Document V-18 is a letter from Devashtich addressed to his ally Afshun, the prince of Khakhsar (literally, “head of the spring,” a locality ten miles south of Samarkand; Fig. 8). With harsh irony and in abrupt, conversational phrases, Devashtich reproaches Afshun for being a weak messenger to the qaghan, the leader of the dominant Turkic confederation. He even goes so far as to dismiss Afshun from his position and does not allow him to exchange letters or gifts, which would have been his primary diplomatic activity. Devashtich also expresses a hope that the Turks will come to his rescue. It does not seem that they ever did.

The letter has been published several times, twice in English translation. Transliterations are available at this website.

[1] From Devashtich, the king of Sugd, to Afshun, the ruler of Khakhsar, [good] health and many salutations. And now: What ignorant and stubborn [things] you do! And that is my fault, not yours, because I know how rotten you are and I should not have sent you for such a task as I did. And now: I sent you to the qaghan[5] as messenger and you, because of your weakness and your stubbornness, were sitting at your [place], and so now I do not want you to go farther, so I shall send other messengers farther, and you return back here, yet do not make such a mockery. So, the Chinese pageboy Chandan [“Sandalwood”; 10] about whom I instructed, “Send him as messenger to the kaghan ahead of yourself.” If you have not sent him, do not send him now, and do not send letters, and do not do such crazy things at your [place]. I do not want you to present or receive anything from anybody in this or that way. Bring down safely the things [that are] with you. And the letter [15] which you have written therein to Wizdkerd [near modern Urghut, 25 miles southeast of Samarkand] without my order: If I should hear that somebody has taken the letter and parcel [?], then as long as I live I will not agree to see your face! And that Yuzanch and those Turks themselves know better what news is in that kingdom: If the forces are required to rescue us, then we shall be rescued.

The fortress of Mount Mugh was located atop the central hill in this photograph.

Detail, central hill of the fortress at Mount Mugh. 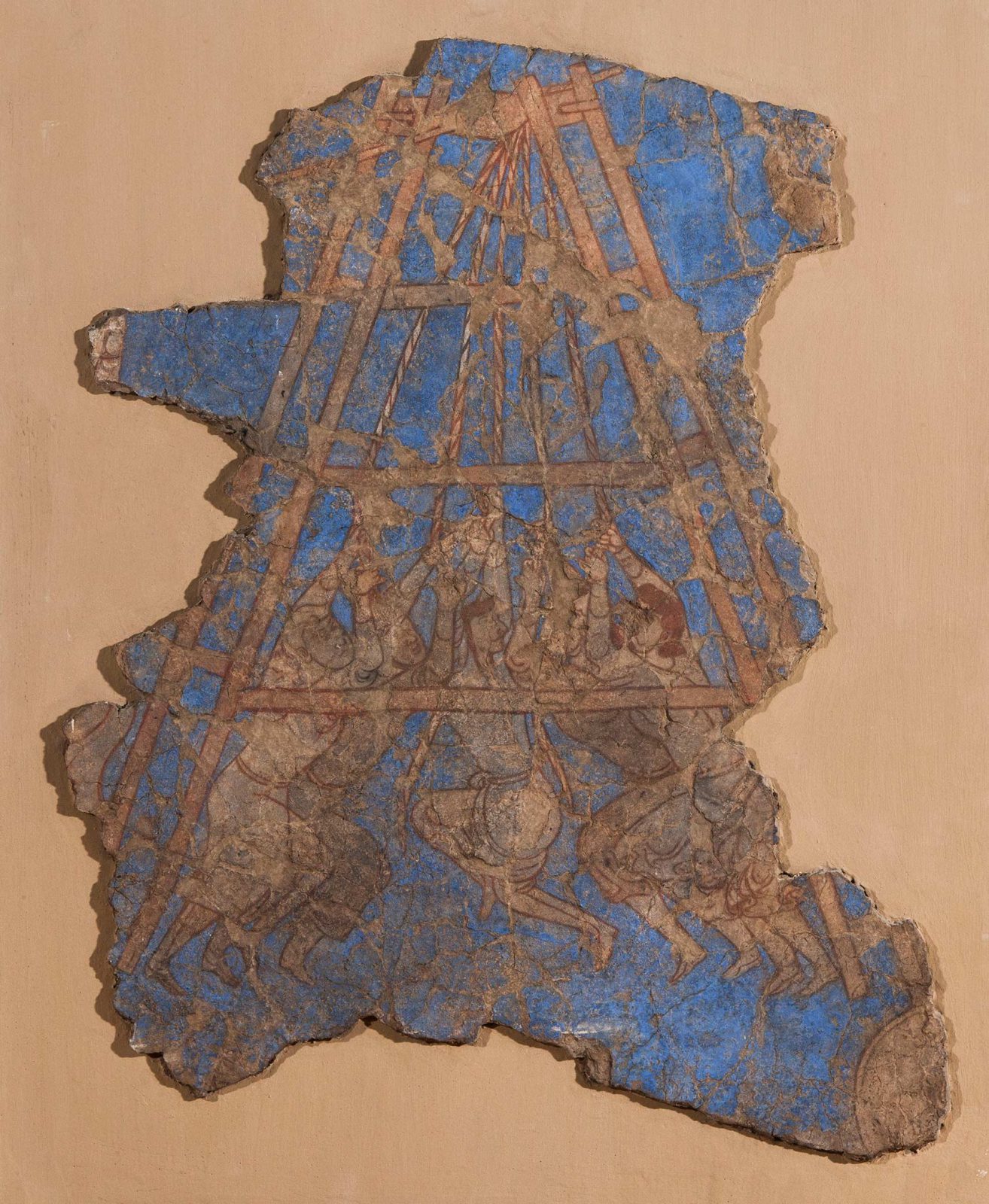 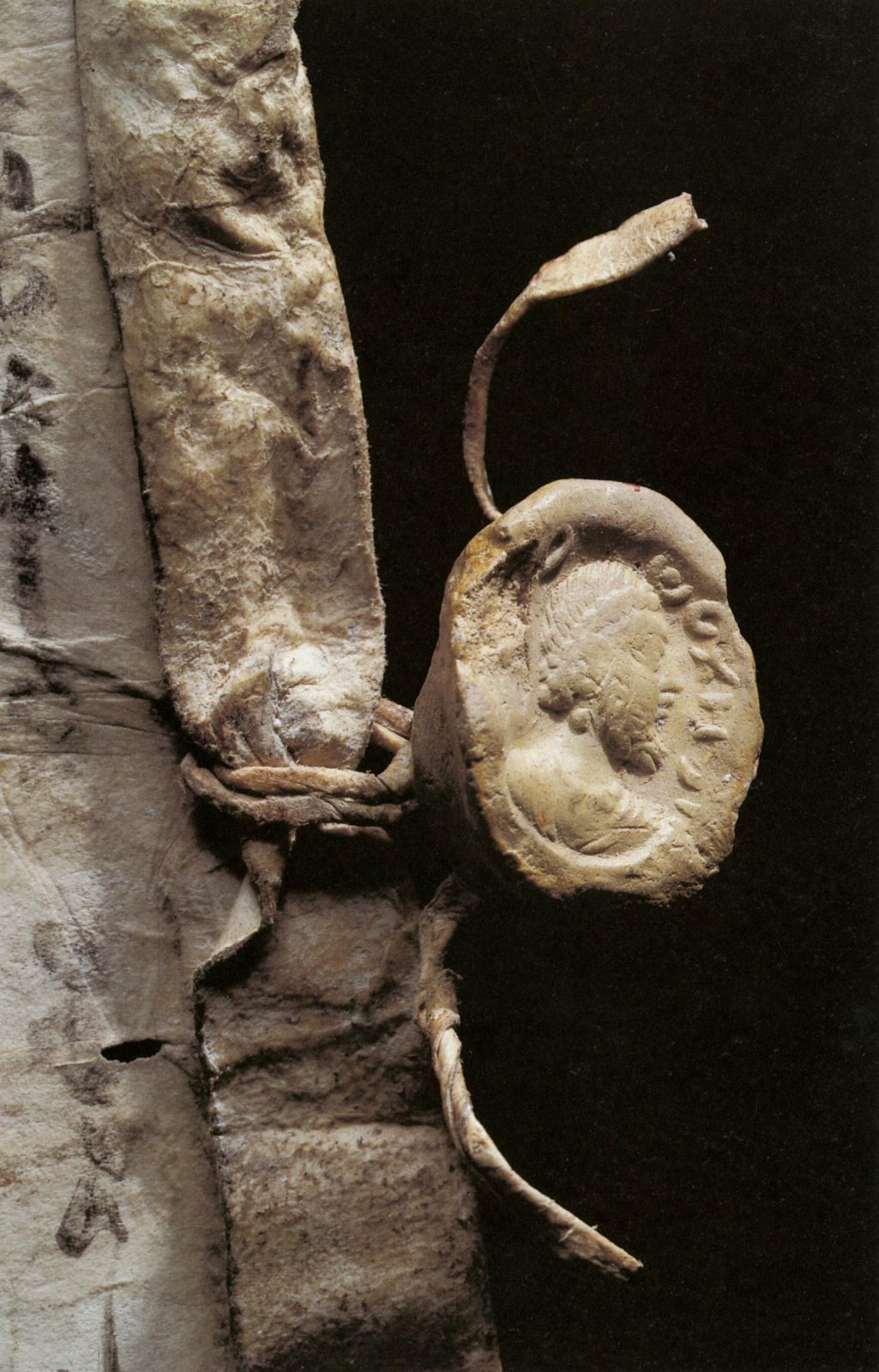 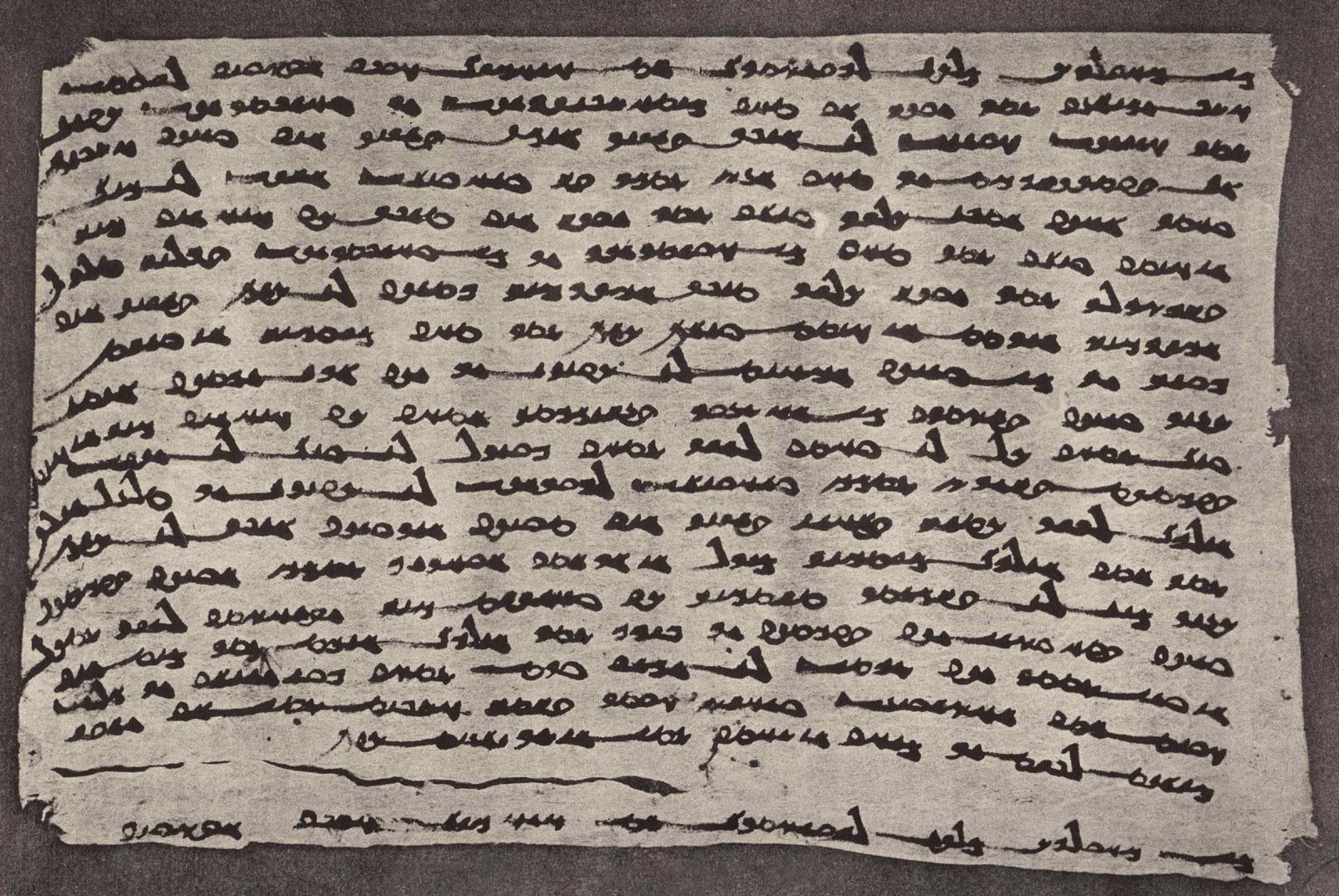 The fortress of Mount Mugh was located atop the central hill in this photograph.

Detail, central hill of the fortress at Mount Mugh.