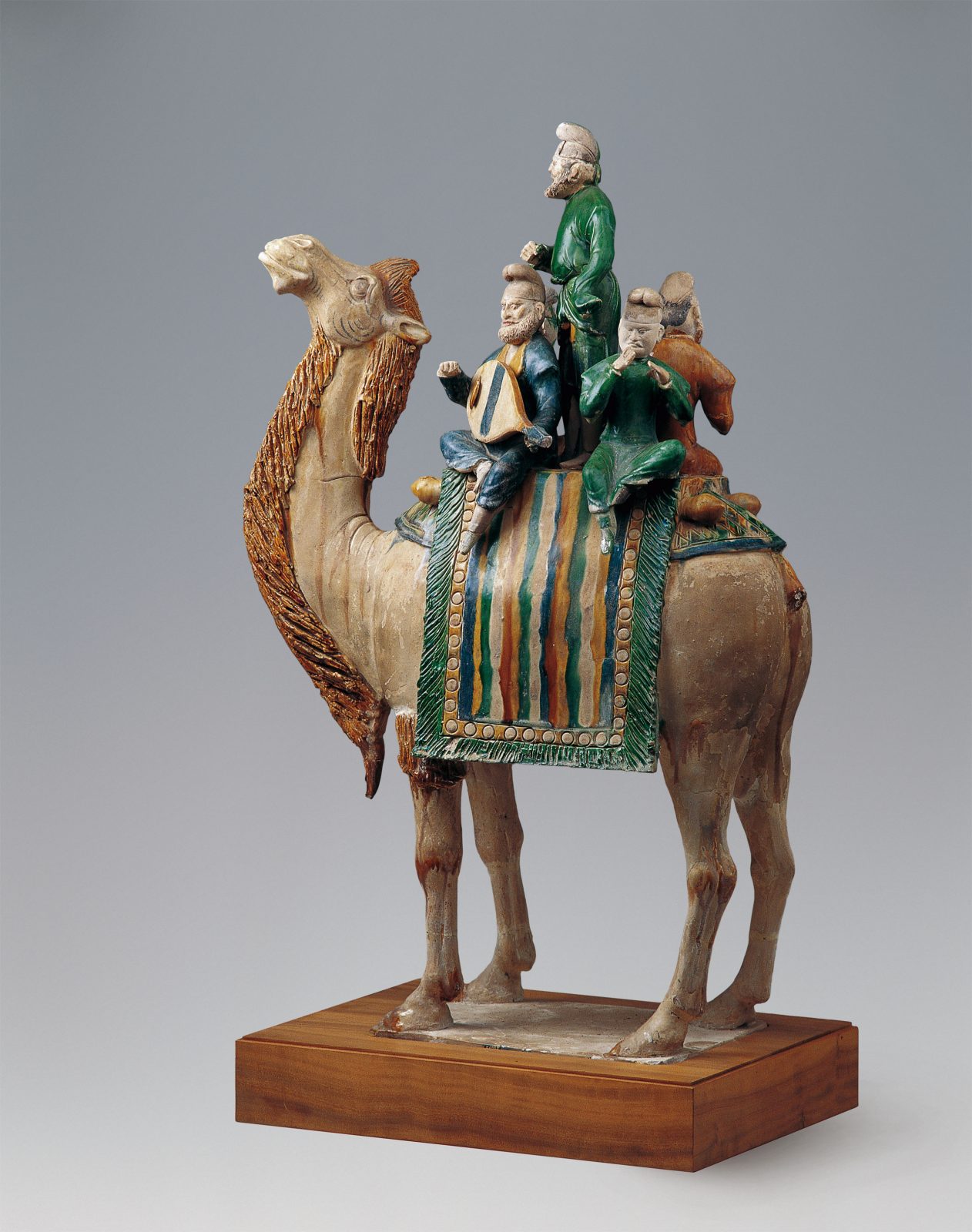 As a vibrant illustration of the entertainments and fashions of the time, this figurine depicts five musicians sitting on a tall camel, fitted with a saddle and large, colorful cloth hanging from either side. The Bactrian camel is indigenous to Central Asia, while the pointed felt caps worn by the musicians point to their Sogdian origin. Central Asian rulers sometimes sent entertainers as tribute to the Sui and Tang courts of China, but a large number of them were independent performers. The most valued dancers were from Tashkent, Kesh, and Samarkand, and generally traveled with the caravans, offering their services to local people along the Silk Roads leading to China.

This impressive figurine was found in the tomb of Xianyu Tinghui 鮮于庭誨 (660–723), a military officer who rose quickly in rank during the reign of Emperor Xuanzong 玄宗皇帝 (r. 712–56). Not a Sogdian himself, his family came instead from China’s northeast, and his ancestors served as military officers for the border regions. At the time of his death in 723, his tomb was furnished with a set of large ceramic figurines, among them musicians, a pair of actors, court jesters, attendants, and a caparisoned horse led by its Central Asian groom.

Both assembly and glazing of these figures attest to the tomb occupant’s high status. Large figurines such as this one were usually constructed in several pieces, leaving the body hollow so that the legs of the animal would not collapse under its weight. This shows a considerably advanced level of craftsmanship. Typical of Tang-dynasty burial ceramics, the earthenware body is covered with so-called “three-color” (sancai 三彩) lead glazes, although here we find four colors: green, amber, cream, and blue. The blue glaze was colored with cobalt, a mineral mined in Iran. As a foreign import, cobalt was not only presumably traded by the Sogdians themselves, but its rarity also rendered it more expensive than other colored glazes. It was therefore reserved for more affluent patrons, so its addition here denotes the elite status and wealth of the tomb occupant. 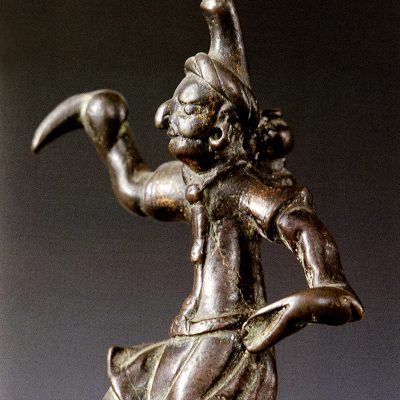 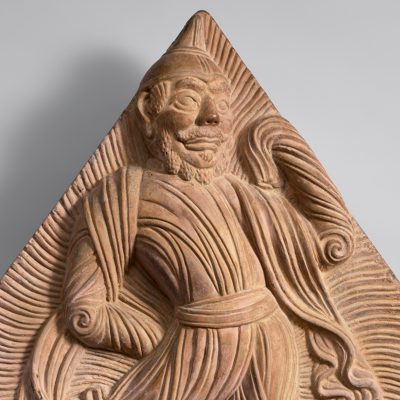 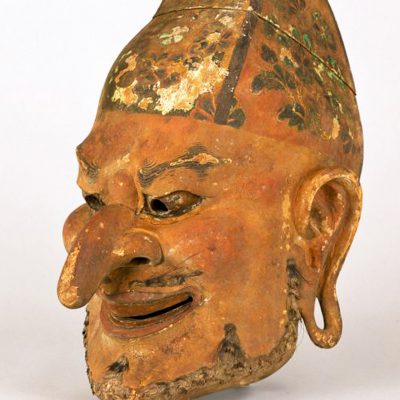